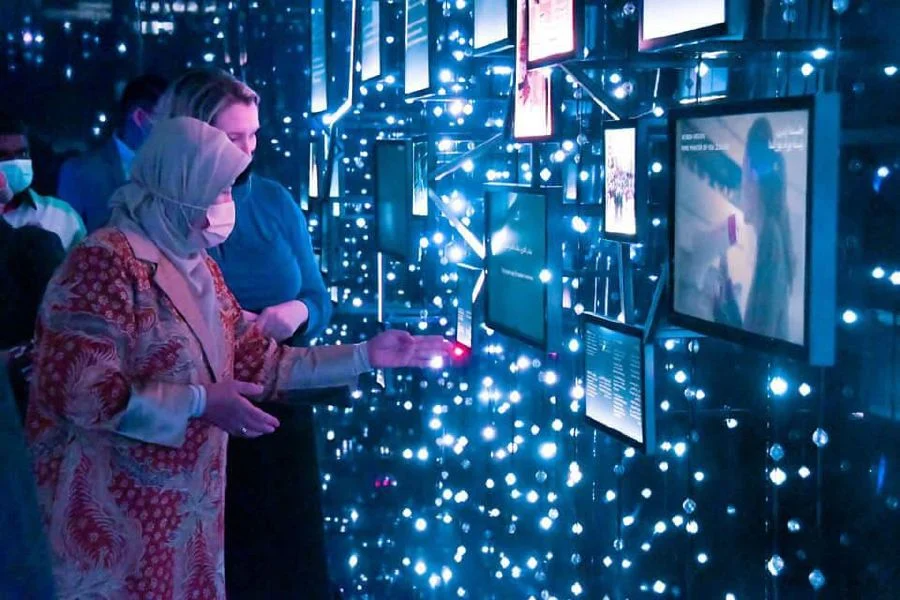 KUALA LUMPUR: The Ministry of Plantation Industries and Commodities (MPIC) signed four MoUs worth about RM128 million involving industry players in the agricultural commodities sector at the Expo 2020 in Dubai yesterday.

The MoUs include one between Sharjah Ports & Customs Free Zones Authority and the Timbers Exporters Association of Malaysian (Team) and another between Etlingera Sdn Bhd and Aromology Tradings LLC.

"The MoUs were for strategic logistic partnerships, collaborations to encourage use of port and storage facilities aimed to enhance timber export performance in the region, and to also exploit Etlingera's expertise to conduct R&D to produce unique and high-quality agarwood products," said its minister, Datuk Zuraida Kamaruddin in a statement today.

The other MoUs were between Etlingera Sdn Bhd & Malaccencis Sdn Bhd and the fourth involving the kenaf industry between Kenaf Venture Global and Ministry of National Development Planning of the Republic of Indonesia (BAPPENAS).

MaRViS is developed by the Malaysian Rubber Council (MRC) to facilitate online business engagements as well as virtual trade shows for Malaysian rubber product manufacturers and elevates the experience and trade potential with buyers globally regardless of geographical boundaries.

Zuraida, who is a strong advocate of women's rights, also visited the "Women's Pavillion" at the Expo 2020.

The Women's Pavillion unveils creative content and programming that will help reaffirm the Expo's commitment to gender equality and women's empowerment.

The pavilion aims to inspire all who enter its doors to become change-makers, breaking stereotypes and deconstructing misconceptions on women's roles.

The pavilion features five structures with different narratives located on the ground floor: Introduction – expressing the purpose of the pavilion; Achievements – shining a light on women's impact on the world; Challenges – acknowledging what is holding women back; Solutions – highlighting the initiatives enabling women to thrive so humanity can thrive; and Engaging with visitors – encouraging them to become champions of gender equality and women's empowerment and take the journey forward.

Zuraida, who is also the founder and president of the Council of Malaysian Women Political Leaders (Comwel) and long championed women's rights said she was happy that the contributions by women were celebrated and recognised at the Expo.

"It has been proven that the voices of women are capable of paving greater positive changes and bringing about a better, harmonious and prosperous world.

"We must never forget that "the hand that rocks the cradle is able to shake the world", she said.

She said MPIC had made it a point to ensure women make up 34 per cent of board members and other positions in the various agencies under its purview.

"In our ministry, we greatly recognise the roles played by women and want to ensure they are given a fair representation.

"Women have great potential and are very dedicated and often go beyond their expectations to ensure excellence in their work," said Zuraida.

She said her ministry was also working toward offering greater opportunities for youth to take up prominent positions where they can shine.

Overall, women holding decision-making positions in government agencies in Malaysia was currently at 38.2 per cent.

"We have women as chairmen, chief executive officers and also as board members. Overall, we have a 34 per cent representation of women.

"Also, I want to stress here that all the women in our agencies are professionals and well qualified. No position was awarded to any of them as a token.

"We will continue to ensure fair women representation and urge other ministries to also give women equal opportunities," added Zuraida.

Among the women board members and those in other positions in agencies under MPIC include Datuk Zunaidah Idris (Institute of Malaysian Plantation and Commodities (IMPAC); Datuk Dr Hafsah Hashim (Malaysian Rubber Board); and Datuk Hazimah Zainudin (Malaysian Palm Oil Board).