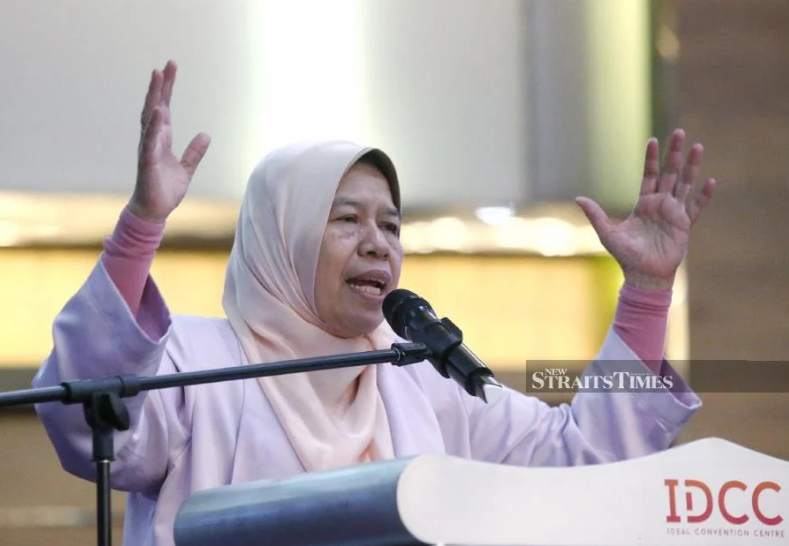 KUALA LUMPUR: The Council of Malaysian Women Political Leaders (Comwel) today proposed for political parties in the country to introduce gender quotas for the selection of electoral candidates.

Its founder and president, Datuk Zuraida Kamaruddin, said this would work well to enhance women's participation in national politics.

"Political parties can also encourage greater participation of women in contests for party positions, including the top ones," she said in a statement today.

She said this in response to a move by Umno recently to ensure 30 per cent of its electoral candidates were women.

"Inequality between men and women has been deeply rooted in society for years and it's time more political parties follow in the footsteps of Umno to encourage greater women's representation.

"The move by Umno to field 30 per cent women candidates in the 15th general election will surely help the party garner a greater victory," she said.

Based on data from the Election Commission in 2018, out of 687 candidates who contested at the parliamentary level in GE14, only 75 were women.

"In view of this, Comwel welcomes the announcement by Umno, as the agenda to mainstream women's representation in Parliament should start with political parties first.

"We have eight years to go before 2030, a year in which we have stood in solidarity with other countries to realise the United Nation's Sustainable Development Goals (SDG)".

One of the SDG agendas is gender equality, where women and men shall be given equal opportunities in the political, economic and other fields.

However, Zuraida said Malaysia was still far behind compared with other developing nations in recognising women as representatives in politics.

At the moment, only 15 per cent of women hold seats in the Dewan Rakyat, lower than the universal standard of 30 per cent.

"The increase in the percentage of women representation has been relatively slow and small-scale and according to reports, on average, it is only at a rate of one to four per cent in each general election," she added.