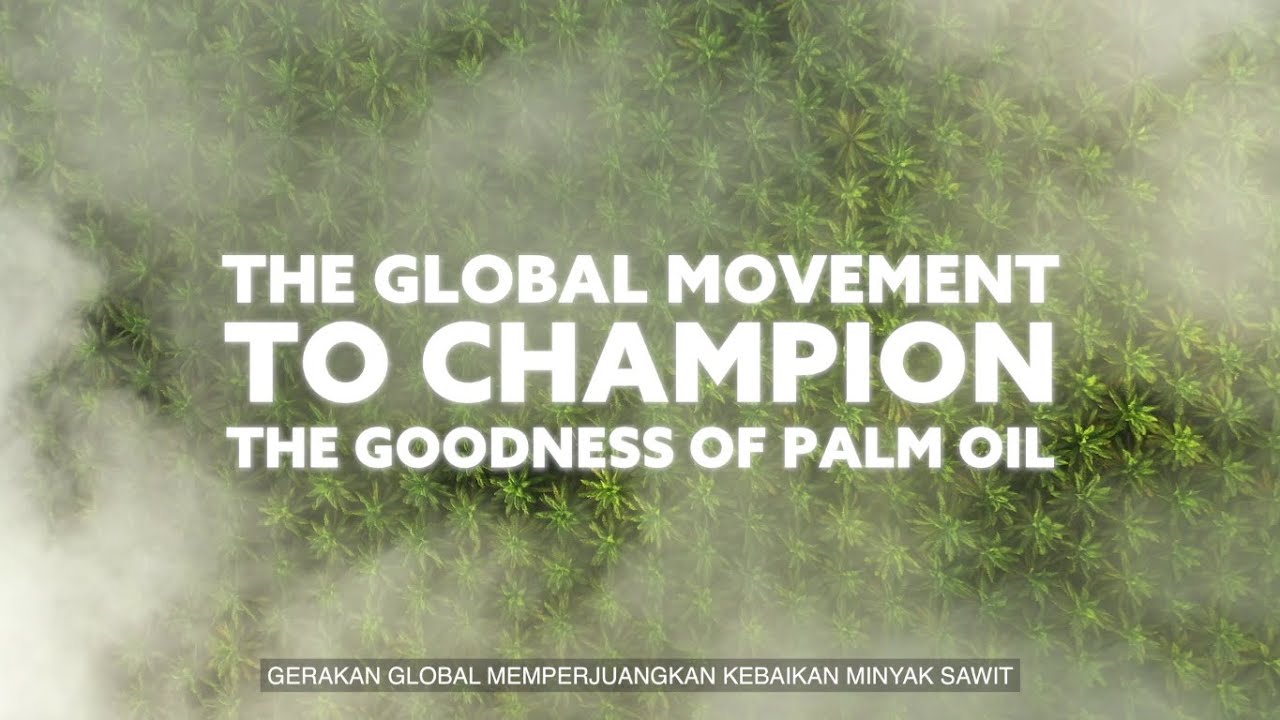 Palm Oil As A Source For Smallholders To Continue Reaping Profits

In the spirit of Malaysia’s 65th Merdeka Day celebration, the Ministry of Plantation Industries & Commodities (MPIC) has produced a three-minute video clip entitled “The Land is Ours” which depicts the toiling by a smallholder family on a piece of vacant land to cultivate oil palm crop.

The production of the video is timely to showcase to the world – and specially to serve as an eye-opener to countries that are practising sanctions against palm oil – that Malaysia has over 461,303 smallholders and another 1.8 million people who are genuinely surviving on income generated from the palm oil trade.

Plantation Industries and Commodities Minister Datuk Hajah Zuraida Kamaruddin, in a statement released today said: “To silence the western propaganda machinery especially over allegations of deforestation, the video clip highlights how the family of three (father, mother and daughter) has been granted a permit by the land authority to cultivate oil palm as opposed to illegally doing so.”

“This further reinforces the notion that every farmer in the world has a right to plant crops and earn a living – something that is guaranteed by the UN Declaration on the Rights of Peasants and Other People Working in Rural Areas (UNDROP).”

Published by the global movement to champion the goodness of palm oil which is an initiative by MPIC, the video clip is intended to portray the very fact that MPIC upholds the said UN declaration and defends the rights of every landowner to farm for a living.

After all, sanctions on palm oil not only violate the UN’s declaration but they also destroy the livelihood of families, the minister added.

Recall that the Malaysian Government had in 2019 declared a cap on the expansion of the oil palm cultivated area in that the size of total cultivated area may not exceed 6.5 million hectares.

In 2022, Malaysia has utilised 5.8 million hectares for oil palm cultivation – both by smallholders and major plantation firms – which leaves the balance of 700,000 hectares allocated for the oil palm crop yet to be utilised.

Zuraida added, although agriculture is often cited as the major culprit to global deforestation, it has to be stressed that as in 2019, 24% of land use was allocated for livestock while crop cultivation occupied 29%. Of the 29% chunk of deforestation due to agricultural crops, it has to be highlighted that the crops which contributed most to deforestation is soybean (19%) followed by maize (11%) while oil palm contributed a meagre 8% with paddy/rice at 6%, and sugarcane (5%).

“Therefore, Malaysia is determined to foster a cordial engagement with the European Union (EU) and the US in search of a win-win solution that can benefit the palm oil industry at large although both the trade bloc and world’s largest economy have remained a staunch opposition of the palm oil trade since 2003,” she said.

Specifically with the EU, engagements are currently being held through various platforms, for example the ASEAN-EU Joint Working Group, seminar programmes or webinars, and dialogues/discussions via economic and palm oil promotion missions.

Zuraida said, aligned with these efforts are two initiatives, namely the Malaysia-EU partnership programmes aimed at enhancing the sustainability of the palm oil trade and the partnership under the Council of Palm Oil Producing Countries (CPOPC).

Under the Malaysia-EU partnership initiative, two programmes stand out – the Sustainability of Malaysian and Indonesian Palm Oil Project (KAMI) and the National Initiatives for Sustainable and Climate Smart Oil Palm Smallholders (No-SCOPS) with the Netherlands.

The Ministry is determined to continue to fight against the anti-palm campaign to ensure the rights of smallholders will continue to be defended and their sources of livelihood will not be blocked by anti-palm oil propaganda by some western blocks.

We will continue to advocate the misconceptions about palm oil through the “Global Movement to Champion the Goodness of Palm Oil”. I also want to call on all Malaysians to stand up and fight with us to defend our country’s main commodity with the spirit of “Malaysian Family, Strong Together.” -Source