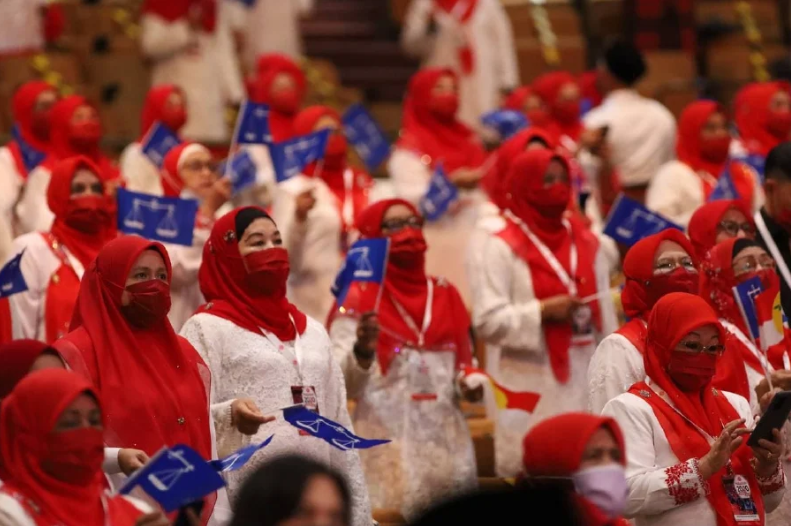 KUALA LUMPUR: Umno's decision to increase its candidates from the fairer sex in the next general election has been described as one will provide better opportunities and recognition for Malaysian women.

In welcoming the move, Parti Bangsa Malaysia (PBM) said Umno's move in the 15th General Election bodes well for better representation of the fairer sex in more of the country's sectors.

The party's deputy president Haniza Talha said PBM was a strong advocate for greater women participation and the decision by Umno to nominate 30 per cent women candidates in the next general election will greatly help in winning over support from women.

Globally, the universal standard is 30 per cent women representation in government but in Malaysia, she said women occupied only about 15 per cent of the 222 seats in the Dewan Rakyat and an almost similar percentage of women were Cabinet ministers.

"Making up almost half of Malaysia's electoral roll, women voters will be a key bloc in the coming GE15. PBM also hopes that in future elections, not just more female candidates will be fielded, but more will go on to win," she said in a statement today.

Umno secretary-general Datuk Seri Ahmad Maslan yesterday announced that the Umno Supreme Council had decided the move in recognition of roles played by women and in being the backbone of the party.

He said candidates will be nominated from Umno and other Barisan Nasional component parties.

"It is only through political representation that the voices of women can be heard and their plights addressed.

"PBM would also like to take this opportunity to mandate at least one female director be placed on the boards of public-listed companies in Malaysia, starting in stages," said Haniza.

She said Malaysia was just eight years away from 2030, the deadline for the country to achieve the United Nations Sustainable Development Goals.

Among its goals are to provide equal opportunities for women and men in the political, economic and other fields.